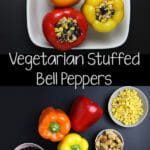 Juicy, colorful, and good for you. These stuffed bell peppers are a favorite here at home. They can be a meal on their own, but they go well with rice, potatoes, or a fresh green salad.

These stuffed bell peppers make for a great meal in so many ways. I love to see good color combinations on my plate and these orange, red, and yellow bell peppers are so pretty. If I was an artist doing still life paintings, I think I would skip grapes and paint bell peppers – but that’s just me.

This recipe is nutritionally complete so it can be a one-bowl meal, or you can pair the peppers with rice or potatoes. Another big plus is that you can make them ahead and stick them in the oven later or even the next day. These stuffed bell peppers also freeze well, so you can stuff a few extra ones, wrap them in foil, and freeze them for those evenings when “What’s for dinner?” is the last thing you want to hear after a busy day.

You’ll need three large colorful bell peppers or four medium-sized ones. The red, and yellow bell peppers are sweeter than the green ones which can be somewhat bitter. If you hold a grudge against bell peppers, maybe you’ve only tried the green kind. Give these sweet ones a chance.

Lots of grocery stores combine this red, orange, and yellow bell pepper trio in one package. If your local grocer does that, then you can grab one of those bags. If you prefer one color over another, you can buy them individually. I’m partial to the orange ones, but all bell peppers have good for you stuff like vitamin C and antioxidants. Read all about that here.

The stuffing is a combination of black beans, golden yellow corn kernels, feta cheese, and seasoned croutons. A little salt and cumin round out the flavors.

The first thing you have to do is remove the stem and scoop out the insides, including all the seeds. This isn’t hard but be careful not to slice down the sides of the bell peppers. Once that’s done get a big pot of water boiling because you need to put them in boiling water for five minutes. This softens them up and shortens the baking time. Have a colander ready in the sink and transfer the bell peppers to the colander. Use some tongs to turn them upside down to drain and let them cool for five to ten minutes.

While the peppers are cooling, mix the stuffing ingredients. Crush the croutons before mixing them in with the other ingredients. I put them in a plastic bag and roll over them a few times with a rolling pin. Add the crushed croutons to the beans, corn, and feta cheese mix. The seasoned croutons add flavor and they absorb some of the bell pepper’s moisture. They keep the stuffing firm and flavorful.

After you’ve mixed the stuffing, fill the cooled bell peppers using a spoon to get the stuffing into each pepper. Pack them down pretty tight so you use up all the stuffing mixture.

Then put the stuffed bell peppers in a baking dish with a little bit of water in the bottom to keep them moist. Bake them at 375 degrees for 20 minutes. I put them in my toaster oven, and that way I didn’t have to heat up the kitchen.

When you take them out of the oven they’re kind of wrinkly on top, but that skin has sealed in the moisture. The bell peppers are ready to eat!

We sometimes eat our stuffed peppers with baked potatoes, but they’re good with brown rice too. A dollop of yogurt or sour cream is a nice addition. One half bell pepper is enough for us, but a whole pepper is a typical serving size. Serve them hot and watch them disappear.

If you have about an hour total time from start to finish, this recipe falls into the quick and easy category. Or plan ahead and add these stuffed bell peppers to your list of make-ahead weekend meals. You can stuff them on a Sunday night and transfer them to the oven about thirty minutes before Monday mealtime. Don’t keep them in the fridge more than one day though. The bell peppers taste better when they’re fresh.

If you like black beans and corn try our black bean salad. 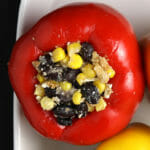 Juicy, colorful, and good for you. These stuffed bell peppers are full of protein and they taste great. Plus, they’re easy to make.

Products used in this recipe

This site uses Akismet to reduce spam. Learn how your comment data is processed.

Hi, welcome to cookneasy.com, where I share my vegetarian and pescatarian recipes! I’m Julia, the writer, photographer, and recipe creator. My goal is to provide recipes that are easy to prepare but are interesting, colorful, and full of fresh ingredients. I’m also a fan of muffins, biscuits, and other things right out of the oven. Thanks for visiting! Read More… Start Your Own Sourdough Look for my recipes on Foodgawker:

As an Amazon Associate, cookneasy earns from qualifying purchases. Check out my store to see other items that you might want in your kitchen. 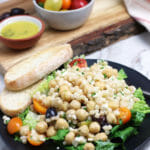 Pearl couscous and garbanzos give a Mediterranean flair to this hearty couscous garbanzo salad. It’s perfect for a workday lunch or a weekend meal. Updated July 13, 2022. 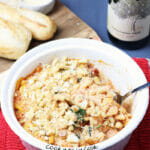 This lazy lasagna with shrimp recipe delivers great lasagna flavor without the hassle of layering lasagna noodles. It’s an easy weeknight meal that’s sure to please. The spinach and mushrooms make it a complete meal in one dish. 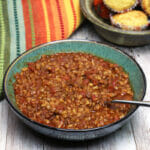 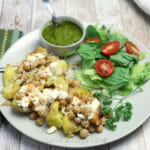 Making cheesy smashed potatoes with chickpeas is super-easy, and this savory potato recipe serves as a main dish or a side dish. 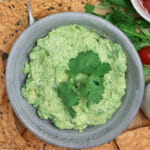 Guacamole goes great with chips and salsa or served alongside a tasty Mexican dinner. This guacamole recipe is creamy, delicious, and easy. 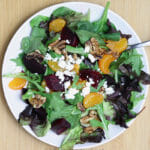 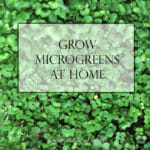 When you grow microgreens at home you’ll have a ready supply of tasty, nutritious greens for salads, soups, and snacks. It’s easy and fun! In this post, I’ll describe a hydroponic method for home use. 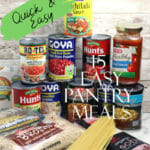 Here are 15 easy pantry meals that I hope will help you on those days when you haven’t planned ahead (and we all have them) but you’ve gotta’ fix something for the hungry hoards who depend on you. 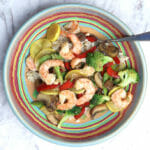 At our house, we prepare stir-fry meals regularly. They’re easy to fix, colorful, and they taste great. In this post and I’m providing the basic stir-fry steps, so you can add this meal to your repertoire.

Pearl couscous and garbanzos give a Mediterranean flair to this hearty couscous garbanzo salad. It’s perfect for a workday lunch or a weekend meal. Updated July 13, 2022. 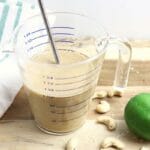 This tangy cashew sesame dressing can’t wait to find a home in lots of different Asian dishes, especially those with soba or udon noodles. It’s also perfect as a dipping sauce for Asian dumplings or a dressing for Asian slaw. Try it soon and you’ll be hooked. 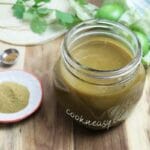 Made with green chiles and fresh tomatillos, this tangy, spicy green chile enchilada sauce is great on enchiladas and other Mexican foods. Because it’s so good, I usually double the recipe and freeze some for later. It also works as a spicy dip for quesadillas or chips. Yum!

When you grow microgreens at home you’ll have a ready supply of tasty, nutritious greens for salads, soups, and snacks. It’s easy and fun! In this post, I’ll describe a hydroponic method for home use.

Here are 15 easy pantry meals that I hope will help you on those days when you haven’t planned ahead (and we all have them) but you’ve gotta’ fix something for the hungry hoards who depend on you.

At our house, we prepare stir-fry meals regularly. They’re easy to fix, colorful, and they taste great. In this post and I’m providing the basic stir-fry steps, so you can add this meal to your repertoire.

You can find out more about which cookies we are using or switch them off in settings.

This website uses cookies so that we can provide you with the best user experience possible. Cookie information is stored in your browser and performs functions such as recognising you when you return to our website and helping our team to understand which sections of the website you find most interesting and useful.

Strictly Necessary Cookie should be enabled at all times so that we can save your preferences for cookie settings.

If you disable this cookie, we will not be able to save your preferences. This means that every time you visit this website you will need to enable or disable cookies again.